Gaslighting comes from the play and movie “Gaslight” in which the heroine is made to believe she is crazy and losing her mind by her abusive husband. The gas lanterns in the house dim every time he is in the attic searching for her family fortune yet, he insists that the lights have not dimmed. The term has come to mean any time an abuser clearly denies the reality in front of your eyes and pushes their own twisted version of reality. It is also known as rewriting history.

When an abuser is caught in an outright lie, they will deny that it ever happened. For example, “I never said that!” “I never did that!” “You are remembering it wrong!” “You’re crazy!” They will twist facts and convince the target of abuse that their family, their friends, and their own children are the REAL abusers and that they (the abuser) is the hero or heroine in their life. The target of abuse will begin to say things like “I was a bad person before (abuser) came into my life and now I am so much more aware, awake and better.” The abuser is convincing them that who they were prior to them coming in was “bad” or “not good” or “less than” who they are now. The target of abuse does not realize that this gaslighting, making them believe they were bad before and good now, is setting them up to depend on the abuser for self-esteem, which when you depend on someone else for esteem is other esteem, not self-esteem, it is co-dependency.  People who love themselves do not declare their younger selves “bad”.

Gaslighting is used by the target to create cognitive dissonance and F.O.G. Fear. Obligation. Guilt. When reality conflicts with what the abuser is saying the target of abuse suffers abuse amnesia and is more easily bent to the will of the abuser. 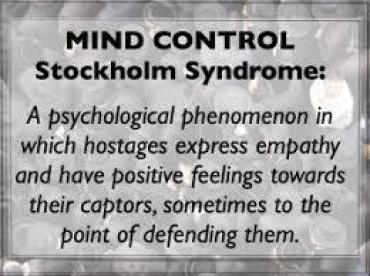